Shilpa Shetty welcomes Shamita Shetty back home with the most adorable post and it’s all sibling goals! – view pics 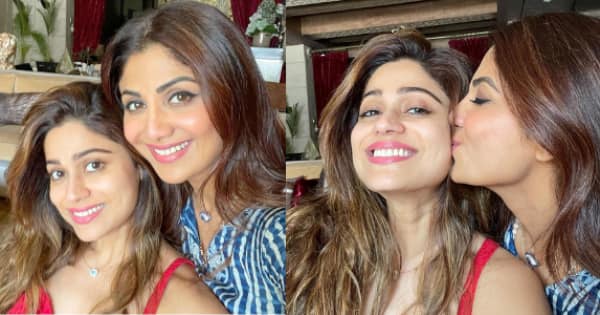 Shilpa Shetty welcomes Shamita Shetty back home with the most adorable post and it’s all sibling goals! – view pics

Shamita Shetty was locked inside the house of Bigg Boss OTT for about 42 days. The actress had entered the house of Bigg Boss OTT in August. And after six weeks, she finally left it yesterday after the grand finale. Shamita has now reunited with her family and is in the comforts of her home. Her actress sister Shilpa Shetty has given her one of the warmest welcomes. Shilpa took to her Instagram handle and posted a couple of pictures in which she can be seen hugging her dear sister who is seeing her in person after weeks. She penned a heartfelt note alongside it which screams of their loving sibling bond. Also Read – Bigg Boss OTT WINNER Divya Agarwal celebrates her victory with beau Varun Sood and ‘bhai’ Rannvijay Singha – watch videos

Tagging her as the boss lady, Shilpa Shetty captioned the post saying, “And my Tunki is back yaaay You not gonna be able to get out of this tight SQUEEZE @shamitashetty_official. Welcome home #sisterlove #sister #bosslady #sistersquad.” Check out the post and their adorable pictures here: Also Read – #SidNaaz: This throwback video of Shehnaaz Gill singing ‘Kisi aur ke na honge Waada Hai’ reminds us of her beautiful bond with late Sidharth Shukla – watch video

During the premiere night episode, Shamita Shetty had revealed to Karan Johar that since she had already committed to Bigg Boss OTT, she couldn’t back out despite the issues in her personal life. Shilpa Shetty’s businessman husband, Raj Kundra was arrested in July for allegedly producing and distributing pornographic content through apps. Shamita took a decision to honour her professional commitment. Whilst inside the house, Shamita played in a dignified manner. She was labelled sophisticated, controlling and demanding, etc directly and indirectly by the housemates and even the audience. Also Read – Bigg Boss 15: Do you think Pratik Sehajpal would have won Bigg Boss OTT had he not opted out of the show for Salman Khan’s show? Vote Now

Coming back to Shilpa Shetty, the actress did not really share any post until about two days before the grand finale in which she urged fans to vote for her sister. Now, isn’t that the most heart-warming thing about them? Shamita and Shilpa’s pictures will make you miss your sibling and wish to hug them right away.

READ ALSO |  Tejasswi Prakash and Jay Bhanushali have a major showdown; will their friendship go kaput?