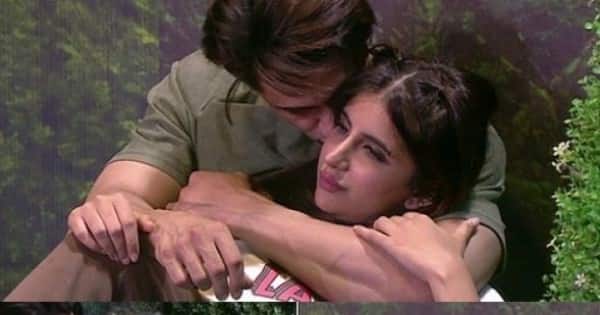 While earlier fans thought there is some connection between Pratik Sehajpal and Miesha Iyer, the current scenario has surprised the viewers and co-contestants. We are talking about the brewing romance between Miesha Iyer and Ieshaan Sehgal. The duo look inseparable in the house and while some of the contestants and fans are showed love to them, some found it ridiculous. In the last episode, we saw Simba Nagpal and Akasa Singh talking about Miesha and Ieshaan’s relationship, where Simba told Akasa, “Miesha is my friend. But I don’t understand a few things. The reality show I was a part of there after meeting a few girls I started to believe that a few girls are a certain type. I started believing that girls are made like this. There were genuine girls also. They would always think about boys. They had no passion, focus in their life. I started to believe that girl’s lives only revolve around boys. Miesha Iyer is from the same category, her life only revolves around boys.” Also Read – Bigg Boss 15: From Jay Bhanushali to Karan Kundrra: Here’s how much THESE contestants are charging per day for Salman Khan’s reality show

To which Akasa replied, “She is my friend too but there are some things which I am not understanding.” Akasa agrees with him and says, “I don’t understand this. I genuinely hope both of them are genuine. Initially, I thought they are having fun together and it’s fine, but Ieshaan is very sweet and smart.” Also Read – Salman Khan hosted Bigg Boss 15 house includes loads of exotic plants, animals and interiors – view pics

Simba than said, “Ieshaan is a very good guy. But he doesn’t understand how girls are from the reality shows. They are all open bold and all about giving content. In one week this is happening.” To which Akasa responded, “It’s not one week Simba. They have started speaking since the last three days.” Also Read – Bigg Boss 15: Did you know Akasa Singh is a seasoned reality show participant and was given her Bollywood break by THIS singer-musician?

Well, it will be interesting to see how the romance between Ieshaan and Miesha blossom in the BB house.

READ ALSO |  Shamita Shetty, Nishant Bhat and Pratik Sehajpal's hostility towards each other in front of Salman Khan will leave you shocked!