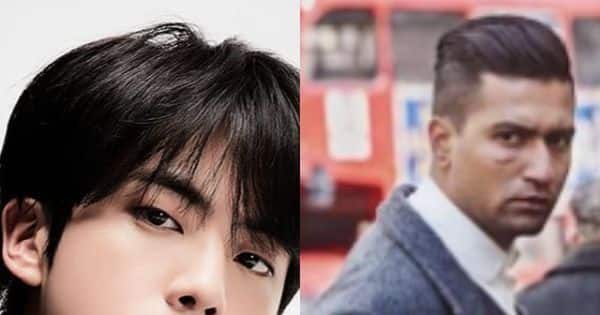 Vicky Kaushal’s Sardar Udham Singh is coming on October 16 on Amazon Prime Video India while Babil Khan is all set for a debut with YRF OTT. Let us rewind the main headlines of the day… Also Read – Blackpink’s Lisa joins BTS’ Suga, Psy to hit No.1 on the rap sales chart — here are 5 similarities between the music powerhouses

Squid Game
Netflix’s show Squid Game is doing really well all over the globe. The show from South Korea is about 456 people who take part in a deadly game to earn more than 30 million USD. The show has captured the minds of everyone. The Brit actor who is a part of Mission Impossible also promoted the show on his social media handle. He did a live chat where he said that he would love to do a K-Drama with BTS’ Jin or even better the second season of Squid Game with him. Simon’s daughter Tilly is a huge fan of the boys. Also Read – BTS: Coldplay’s Chris Martin compliments Jungkook; leaves him gushing and ARMY cannot stop raving about shy JK!

Babil Khan to debut with YRF OTT
News is that Babil Khan, the son of Irrfan Khan will make his OTT debut with Yash Raj Films. It will be their foray into the web space. It seems the project will be made by Shiv Rawail, who is the son of Rahul Rawail. He was supposed to make a big budget flick with Ajay Devgn but that project has now been postponed due to budget issues. Babil Khan is already doing Qala with Anushka Sharma that will come on Netflix. Also Read – Trending Hollywood news today: Chris Martin and Courtney Cox find BTS’ V’s voice perfect, Jennifer Lopez and Ben Affleck lock lips in New York and more