Taapsee Panuu, Vikrant Massey and Harshvardhan Rane are ‘haseen’, but the script and direction hardly match their efforts 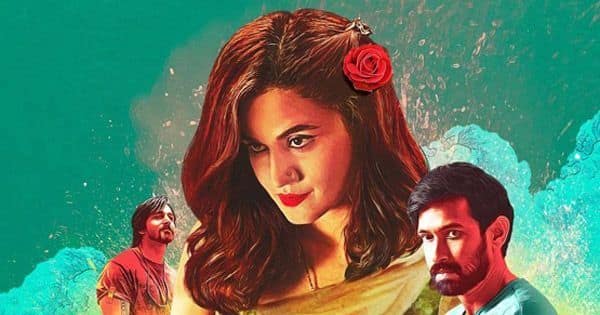 Taapsee Panuu, Vikrant Massey and Harshvardhan Rane are ‘haseen’, but the script and direction hardly match their efforts

Rani Kashyap (Taapsee Pannu) and Rishu (Vikrant Massey) enter an arranged marriage, but no sooner than they tie the knot, that they realise that they’re simply not compatible and all hope of a budding romance quickly snuffed out. Enter Neel (Harshvardhan Rane), Rishu’s cousin, who’s dashing, handsome, charming and everything else that Rani’s been looking for in her dream man. But when Rishu is pronounced dead, all suspicion leads to Rani and her absconding lover, Neel. Did they or did they not murder him is the question that forms the crux of Haseen Dillruba’s plot.

Watch the Haseen Dillruba trailer below:

The glue that barely manages to bind Haseen Dillruba together is the performances. Not only Taapsee Panuu, Vikrant Massey and Harshvardhan Rane, whom we expect to be right on the moneh, but even the supporting players like Aditya Srivastava, Daya Shankar Pandey, Ashish Verma and Yamini Das all exhibit great understanding of their characters and perform their roles with finely nuanced dexterity. Remove their acts, and the movies would crumble in no time. Amit Trivedi’s songs and background score, Jaya Krishna Gummadi’s camerawork and Shweta Venkat Mathew’s editing (despite a plodding screenplay and lackluster direction) are the other plus points of the movie.

The two biggest issues with Haseen Dillruba are its gargantuan plot holes and its regressive intent. Especially, during the climax and big revelation of the whodunit, the utter disregard for basic medical-science knowledge makes it easier to look for plausible physics in a Salman Khan or Rohit Shetty movie. The fact that this isn’t a masala movie make the loopholes all the more prominent, but even I was to ignore them, it’s the regressive nature of the Vinil Mathew’s movie, where Rani’s cry for forgiveness (despite doing nothing wrong) in front of Rishu’s massive male ego and blatant aim to cause her bodily harm (a huge step back for Taapsee Pannu from Thappad and Saand Ki Aankh), that’s impossible to overlook. And where did Rani’s family disappear when she was facing all those insurmountable odds, or is it a case of we’ve married off the girl, now she’s no longer our problem? Basically, this one takes women empowerment, crumbles in into a ball of paper and flushes it down the toilet – masala movies these days are far more progressive.

Taapsee Pannu has set a standard for strong, empowered characters in her movies, be there may in female-oriented films or otherwise. Combined with the plot holes the size of craters on the moon (her mostly astute script sense also seems to have abandoned her this time), which succeed in making medical science a joke of the highest order, and the regressive intent of the movie in showcasing women in the face inflated male egos; Hassen Dillruba needs a nearly herculean act from Taapse, Vikrant Massey and Harshvardhan Rane to keep it afloat, and credit to them for just about managing it. I’m going with 2 out of 5 stars purely for the trio.