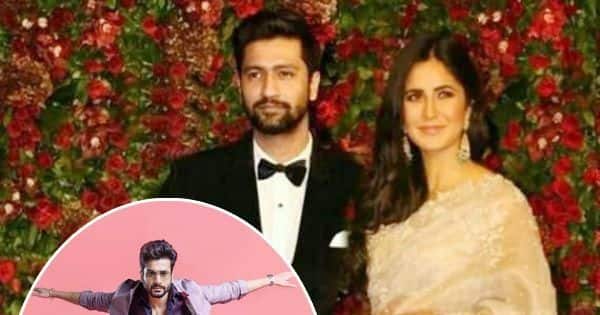 One of the hottest couples right now in Bollywood is #VikRina. Yes, fans of Vicky Kaushal and Katrina Kaif cannot wait for them to make things official. Both of them are tight-lipped about it, but fans are convinced that they are madly in love since more than a year now. Of late, they were seen at a special screening of the movie Shershaah. Hell broke loose when rumours spread of the two being secretly engaged. People began making calls to friends and family members to verify if the engagement/roka actually happened. Also Read – RRR, Sooryavanshi, Gangubai Kathiawadi, KGF 2, Liger and more – Ten movies that are guaranteed to NOT take the OTT route

Vicky Kaushal’s brother Sunny who will be seen in the film, Shiddat told SpotboyE how the whole family reacted to the news. He said that they laughed. He told the portal, “I remember that Vicky had gone to the gym in the morning when the rumours started coming. So, when he returned home, mom and dad funnily asked him, ‘Arre yaar, teri engagement ho gayi, mithai to khila de.’ And then, Vicky told them, ‘Jitni asli engagement hui hai, utni asli mithai bhi kha lo.'” Isn’t that hilarious! Well, next day Katrina Kaif was seen headed abroad for the shoot of the film, Tiger 3. Salman Khan and she are now abroad for a long schedule that is happening in places like Russia, Turkey and Austria. She has been posting stuff as well. Also Read – Salman Khan WILL never work with THESE TOP directors from Bollywood? Know all about their major spats

Sunny Kaushal said that he has met Katrina Kaif and finds her a sweet person. He told ETimes, “I’ve met her. When ‘The Forgotten Army’ was released, she was there as she’s a very good friend of Kabir Khan. So, I’ve met her a couple of times and she’s very sweet.” Kabir Khan is one of Katrina’s closest friends in the industry. It looks like her bond with the Kaushal family is a good one. Vicky Kaushal and Katrina Kaif make one helluva good-looking couple. Also Read – Kabir Khan fears an exodus of all the artistes in Afghanistan; recalls his first trip just 2 months before Taliban had taken over Kabul