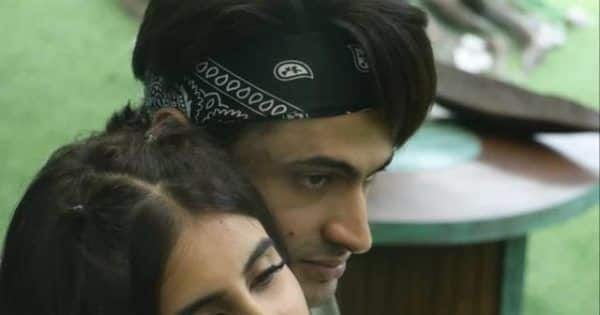 It looks like Miesha Iyer and Ieshaan Sehgaal have achieved what Bigg Boss demands from contestants, creating some hullabaloo. The two were amongst the lesser known contestants on Bigg Boss 15. Since yesterday, they have created immense buzz. This has happened after their steamy promo was aired. In the promo that had Emraan Hashmi’s Bheege Honth Tere playing in the background we could see the two kissing and cuddling under a blanket. Jay Bhanushali is also seen making a teasing reference about them in the live feed. Fans have been trolling the channel since yesterday warning Colors that Bigg Boss is a family show. Also Read – Bigg Boss 15 Nomination Special: ‘Ghatiya aadmi’ Umar Riaz and Ieshaan Sehgaal get into a NASTY fight over Miesha Iyer love angle as the former questions the authenticity of his feelings

We can see that they are cozying up in this promo too. Fans are not very amused about this. See these reactions… Also Read – From Shehnaaz Gill to Tejassvi Prakash and more: Check out the funniest contestants in the history of Bigg Boss

@ColorsTV plz don’t show all these types of scenes on ITV bcuz my mum also watches this on TV..u plz show this scenes in extra masala and all..plz refrain it from showing on ITV..It feels so embarrassing to see such things with fly..A humble request?

We don’t want to see all this it is a family show and we watch it with our parents it is so embrassing , please don’t telecast these cheap scenes because all age groups watch big boss we want entertainment , we don’t want to see these characterless people #BiggBoss15 #badbigboss

We can see that people are hardly impressed with the channel’s decision to promote the couple. But it looks like they have secured their place for the next few weeks with this!