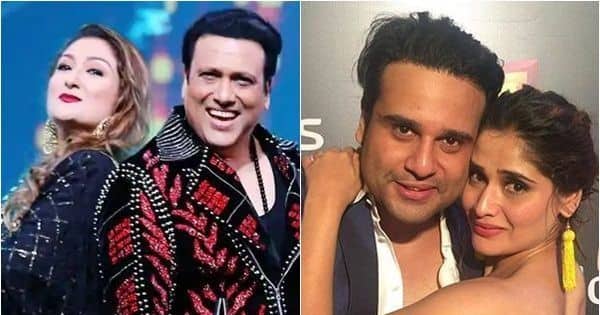 Krushna Abhishek is often in the news for the turbulent relationship he shares with his maternal uncle, Govinda. The two have been hitting headlines for quite sometime now. Recently, their tussle again caught fire when Krushna refused to share stage with Govinda and his wife Sunita on The Kapil Sharma Show. And now Arti Singh has shared that she also had to face the consequences of their ongoing fued. She revealed that Govinda and his family aren’t talking to her either. Also Read – Bigg Boss 15: The mysterious female voice has a special message for Salman Khan; says, ‘Waited 15 years for you, now get read for a blast’ – watch EXCLUSIVE video

“There’s a saying that gehun ke sath ghoon bhi pees jata hai (when bulls fight, grass gets trampled). Whatever issue that happened between them, I too have to face the consequence. Chi chi mama and his family doesn’t speak to me anymore,” Arti told The Indian Express. Also Read – Bigg Boss 15 launch: Devoleena Bhattacharjee beats Arti Singh in the survival task – view pics

When Arti was asked if she has tried to resolve the issues between her brother Krushna and mama Govinda, she said that she has spoken to Krushna about it and it now remains to be seen Govinda forgives him. Also Read – Bigg Boss 15: Devoleena Bhattacharjee and Arti Singh introduce the contestants who’ll be entering Salman Khan’s show; name 2 is from BBOTT [EXCLUSIVE VIDEO]

“Both parties have said somethings to each other. However, at the end of the day, we are family. I can only hope that the animosity is resolved soon and we can get back to the good times. I did speak to Krushna about it, and now it’s on mama to forgive him,” she said.

Govinda’s wife Sunita had recently slammed Krushna and said that she doesn’t want to see Krushna’s face ever in life. “He keeps saying, ‘Mera mama yeh, mera mama woh’. Is he not talented enough to give a hit show without using mama’s name?” she had said.