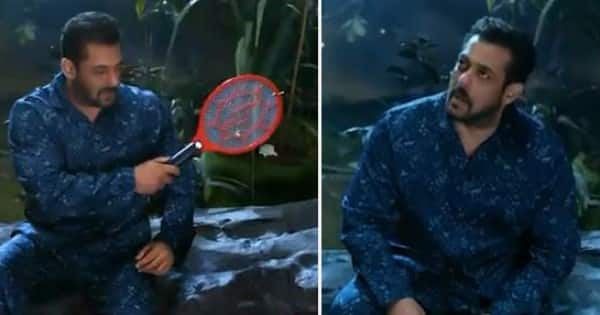 Bigg Boss 15 premiere date is OUT! Here’s when Salman Khan’s show will begin

Bigg Boss OTT has ended today and now it is time for Bigg Boss 15. A few of Bigg Boss OTT contestants will also be a part of Salman Khan’s Bigg Boss 15. Pratik Sehajpal has already got access to the Bigg Boss 15 house as he picked up the briefcase and opted out of Bigg Boss OTT. A lot of names like Arjun Bijlani, Tina Datta, Manav Gohil, Mohsin Khan, Surbhi Chandna, Reem Shaikh and others have come forward who might be a part of the show. The promos of the same are out as well. Salman Khan has already shot the promo with the voice-over of Rekha. This years’ Bigg Boss 15 is said to have a jungle-based theme. The contestants will go throw the jungle first and then enter the main Bigg Boss 15 house. Also Read – Pavitra Rishta 2 actor Shaheer Sheikh expresses his happiness of becoming a father; says, ‘It took almost three days to sink in’

Now, during the grand finale of Bigg Boss OTT, the promo of Bigg Boss 15 was shown and the premiere night date of the show was declared. Yes, our favourite reality show will begin from October 2. This is surely the happiest news for all Bigg Boss fans. Take a look at the promo here: Also Read – Pavitra Rishta 2: Ankita Lokhande on Shaheer Sheikh stepping into Sushant Singh Rajput’s shoes; says, ‘I could see Manav in his eyes’ [EXCLUSIVE]

In the promo video, Salman says the life of contestants will be tough without comfortable things amidst the open sky and Vishwasundari tree. Salman jokingly asks how the contestants will sleep peacefully around the mosquitoes and various jungle insects. However, amongst many celeb names, Bhumika Chawla, Divyanka Tripathi, Aditya Narayan, Mahika Sharma, and Ankita Lokhande have already rejected the show. It will be interesting to see who would be a part of Bigg Boss 15. Also Read – Pavitra Rishta 2.0, Helmet, Net and more movies and web series on ZEE5 that’ll guarantee a buffet of family drama, comedy, social message, thrill and action over the weekend

Talking about Bigg Boss OTT, Divya Agarwal, Shamita Shetty, Raqesh Bapat, Nishant Bhat, and Pratik Sehajpal were the finalists. This was the first time when we saw the show on an OTT platform. The first season of Bigg Boss OTT was a huge hit and it got 9 out of 10 on IMDb.