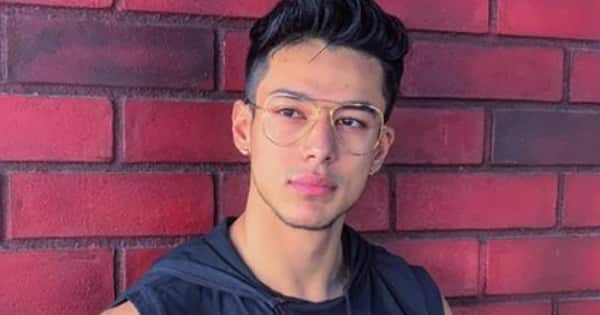 Has Pratik Sehajpal walked off to be a part of Salman Khan’s Bigg Boss 15? – view tweets

Bigg Boss OTT Grand Finale is taking place right now as you read this. The finalists of the season are Nishant Bhat, Pratik Sehajpal, Divya Agarwal, Shamita Shetty and Raqesh Bapat. The evening of the grand finale began with the housemates getting entertained and performing some funny and interesting tasks with Bharti Singh and Haarsh Limbachiyaa. The ex-contestants, that is, Ridhima Pandit, Karan Nath, Muskaan Jattana, Akshara Singh, Neha Bhasin and Zeeshan Khan joined Karan Johar on stage for the finale. Also Read – Bigg Boss OTT GRAND FINALE Live Updates: Shamita, Raqesh, Pratik, Nishant or Divya – who will win the trophy?

Now, as per the latest social media buzz, Pratik Sehajpal has walked off from the competition. It seems he left the competition to be a part of Salman Khan’s Bigg Boss 15. Season 15 is going to commence soon. Various social media posts and Bigg Boss accounts who love to share updates are talking about the same thing. It is said that he took a suitcase and the ticket to Bigg Boss 15. If he has really walked off with the suitcase and the ticket, Pratik will no longer be a part of the winner’s race for Bigg Boss OTT. Check the post here: Also Read – Bigg Boss OTT, Khatron Ke Khiladi 11, Dance Deewane 3: Here’s all you can expect this weekend from Top reality TV shows

Check out the tweets of his fans here: Also Read – Bigg Boss OTT: ‘You are already my winner’, ahead of finale Shilpa Shetty roots for sister Shamita Shetty

If #PratikSehjapal took the decision of backing out from the race of winning #BiggBossOTT
then I think it will be Best deal (To become the first Contestant of #BiggBoss15) for him. Waiting for final confirmation from @BiggBoss@VootSelect.!! #BiggBoss15 @BeingSalmanKhan

#BiggbossOtt#PratikSehjapal walks out . He’s going to be a part of BB15 directly

BREAKING:-
Pratik Sehajpal decided to take the money briefcase and walk out from the Bigg Boss OTT finale trophy race. He also gets a direct entry into the Bigg Boss 15.
Now in the final Divya Aggarwal & Shamita Shetty left, let’s wait who won the trophy.#BiggBossOTT #Pratik pic.twitter.com/m57z7iODW5

#KJO scolded #PratikSehajpal for his decision..

Karan to pratik – pratik you could have won this season but there is not even 1% surety of you winning #BiggBoss15..

#BiggbossOtt#PratikSehjapal walks out . He’s going to be a part of BB15 directly

Entering in #Biggboss15 is more important than winning sasta #BBOTT

When Pratik Sehajpal entered the house of Bigg Boss OTT, his extreme personality was disliked by the rest of the contestants except for Akshara Singh who had picked him to be her connection. They initially played a really good game. However, later Pratik broke his connection with her to be Neha Bhasin’s connection inside the house. Prakshara was a huge hit amongst the Bigg Boss OTT fans and somewhere fans wanted them to be a connection again. Pratik stayed loyal to Neha till the end. Pratik was constantly at loggerheads with Divya. They knew each other from various reality TV shows they have been a part of before. However, had had a fallout later. Pratik, though initially seemed like an arrogant contestant won hearts by his connections and strategies in the game.