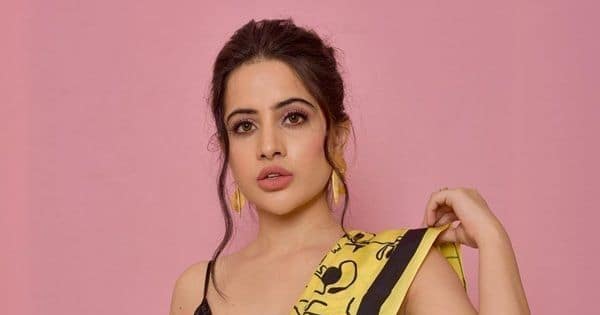 Urfi Javed, who lasted in the Bigg Boss OTT house only for a week, has constantly been hitting headlines for her fashion choices. She might be facing hard time to get people’s acceptance for her outfits, but Urfi is least bothered about what people say about her. However, there was a time when Urfi had suicidal thoughts after she was conned by a producer who forced her to do explicit scenes for a web series. Also Read – ‘Take off your pants, show me your legs’ – Bigg Boss OTT contestant Zeeshan Khan reveals his shocking casting couch experience

In her recent interview with TOI, Urfi said that the producer had threatened to send her to jail when she refused to shoot the objectionable scenes. She claimed that the producer even Rs 40 lakh from her as compensation. Also Read – Bigg Boss OTT’s Zeeshan Khan reveals being freaked out after long-time friend Reyhna Pandit did not react initially to his love confession

Though her week-long stint on Bigg Boss OTT put her in the limelight, Urfi said that nothing much as changed for her in the industry. She said that she still faces rejections and also talked about being replaced overnight. She said that she started her career with Rs 3000 per day and shared rooms with six girls in a PG while struggling in the industry. She also said that her projects would shut down and couldn’t last long more than 3 months. Also Read – Bigg Boss OTT contestant Zeeshan Khan makes his relationship official with Reyhna Pandit with a sweet kiss – view pic

Urfi had earlier talked about being living in a conservative family. She was told what she has to wear, wasn’t even allowed to wear jeans and asked to cover her chest with a dupatta. Coming out as a rebel, Urfi now wears whatever she wants to. But Urfi is facing hard time to get people’s acceptance for her fashion choices.

READ ALSO |  Vidhii Pandya slams Donal Bisht for making an issue out of Karan Kundrra's 'kamar' comment; says, 'You are really accusing him'

She further said that she wants to act as an inspiration to girls who are suppressed from a young age in their families. “I want to be an inspiration for young girls out when they are told khana banana sikhlo shaadi ke baad Sasural mein kya hoga, aap ko Aise rehna chahiye Waise rehna chahiye.. I want them to tell their parents that they saw that actress Urfi Javed. I want to live my life like her,” she said.

Urfi, who is known for creating headlines for her airport looks, has worked in shows like Bade Bhaiyya Ki Dulhania, Meri Durga and Bepannaah.