Not only Raqesh Bapat, Shamita Shetty to get emotional support from this rumoured wild card entry 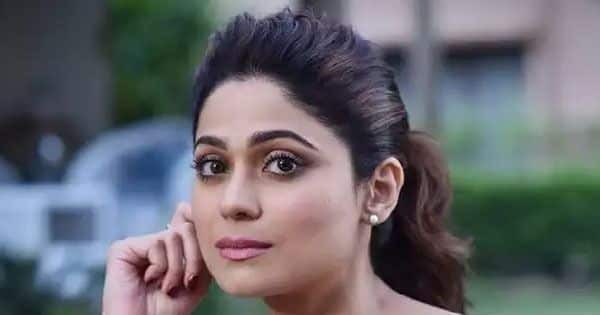 Not only Raqesh Bapat, Shamita Shetty to get emotional support from this rumoured wild card entry

Bigg Boss 15 will see the entry of two wild cards over the weekend. It seems Raqesh Bapat will be joining Shamita Shetty inside the house. There is another name that is doing the rounds. It is of social media influencer, Rajiv Adatia who is supposed to be very close to Shilpa and Shamita Shetty. He is also known to celebs like Parineeti Chopra, Riddhima Kapoor Sahni, Sonu Nigam and others. It seems he has a specialisation in art and psychology and helped people through his motivational writings. He believes that a happy person is a healthy one and tries to propagate that thought. He is the rakhi brother of Shamita Shetty. Also Read – Bigg Boss 15: Tejasswi Prakash promises to watch over Karan Kundrra and help with his anger-management issues; TejRan fans go gaga over the two!

There is a lot of speculation that Raqesh Bapat will be joining Shamita Shetty inside the house. This has been reported by the main khabri portals on the shows. Fans of #ShaRa will be in for a treat. Shamita Shetty is complaining that she is feeling very lonely inside the house. She told Vishal Kotian that she wants to quit as she has no one whom she can call her own. We know that the friendship between Nishant Bhat and Shamita Shetty has gone kaput ever since he nominated her. Also Read – Bigg Boss 15: Evicted contestant Donal Bisht says Tejasswi Prakash, Vishal Kotian are fake and toxic; picks two contestants who should win the show

Shamita Shetty is playing a much better game in Bigg Boss 15 than what she did in Bigg Boss OTT. The actress has switched sides befriending the likes of Vishal Kotian and Karan Kundrra. She also seems a little upset seeing the closeness between Pratik Sehajpal and Nishant Bhat. Let us see if Rajiv really gets in and cheers her up! Also Read – Bigg Boss 15: Shocking! Afsana Khan’s fiance Saajz is happy about Salman Khan pulling her up; wishes this repeats every Weekend Ka Vaar

READ ALSO |  After Mohsin Khan and Tina Datta, Amit Tandon confirms that he is not doing the show