Do you feel that housemates like Simba Nagpal, Umar Riaz, Ieshaan Sehgaal messed up their chances in this nomination game? Vote Now 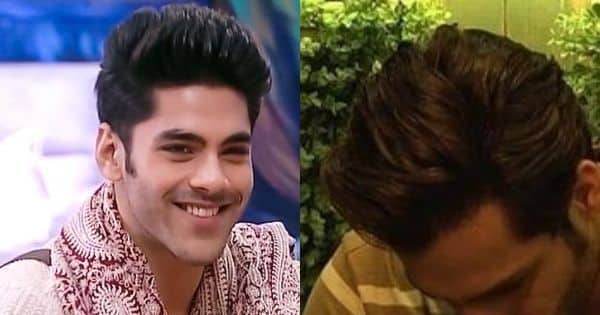 Do you feel that housemates like Simba Nagpal, Umar Riaz, Ieshaan Sehgaal messed up their chances in this nomination game? Vote Now

Today, Bigg Boss 15 saw a rather interesting elimination task. We know that 8 people had been nominated by Nishant Bhat, the captain of the house. They include Shamita Shetty, Vishal Kotian, Karan Kundrra, Afsana Khan and others. They were given a chance to save themselves from the nominations and take the name of someone else. The person whose name they took would go directly into the eliminations and would not get a chance to save anyone else too. Shamita Shetty decided to keep herself nominated seeing the list, which included the likes of Vishal Kotian, Karan Kundrra and Umar Riaz. Later, she had a huge argument with Nishant Bhat asking why did he nominate her instead of Akasa Singh. It looks like Nishant and Shamita’s friendship is going to go kaput pretty soon. Also Read – Bigg Boss 15: Evicted contestant Donal Bisht says Tejasswi Prakash, Vishal Kotian are fake and toxic; picks two contestants who should win the show

Even Karan Kundrra decided to keep himself nominated. These two did not make use of the chance given by Bigg Boss. It is understandable because they are quite popular and will definitely stay on the show for five more weeks (minimum). The best decision was taken by Afsana Khan who created a safety net for herself on the show by nominating Vishal Kotian. But the worst performance came from Umar Riaz, Ieshaan Sehgaal, Simba Nagpal and Miesha Iyer. They did not make any use of the chance at all. There are chances of any one of them getting eliminated since none of them seized the opportunity. What do you feel about this? Take our poll and let us know… Also Read – Bigg Boss 15: Shocking! Afsana Khan’s fiance Saajz is happy about Salman Khan pulling her up; wishes this repeats every Weekend Ka Vaar

Also Read – Bigg Boss 15: Five signs that prove Farah Khan was right in choosing Karan Kundrra as the number 1 contestant of the season

READ ALSO |  Jay Bhanushali gets all defensive and angry as Karan Kundrra says he was 'wrong' in his fight with Pratik Sehajpal; 'Abey tu chadh mat mere pe'