Shocking! Afsana Khan’s fiance Saajz is happy about Salman Khan pulling her up; wishes this repeats every Weekend Ka Vaar 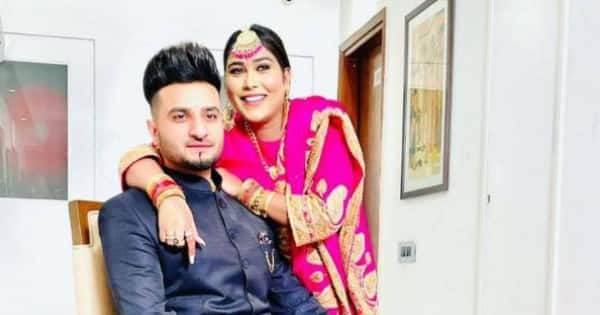 Shocking! Afsana Khan’s fiance Saajz is happy about Salman Khan pulling her up; wishes this repeats every Weekend Ka Vaar

Bigg Boss season 15 Afsana Khan has become one of the most talked about contestant inside the house. The Punjabi singer was recently scolded by host Salman Khan during the Weekend Ka Vaar for her foul language. Now, Afsana’s fiance, Saajz Sharma has come out in her support and has praised her for her game. Also Read – Bigg Boss 15: Five signs that prove Farah Khan was right in choosing Karan Kundrra as the number 1 contestant of the season

Speaking to ETimes, he said, “Afsana is strong and has a clean heart. She is finding it difficult to adjust with others and is facing issues inside the house because she doesn’t understand politics. Isliye personality mein thoda change lag raha hai. Jitne bade celebs hain ghar mein unko pata hona chahiye ki ek sensitive insaan ko kaise handle karna chahiye. I agree that she may have said a few things, which were not right and was aggressive but she stood for herself. Of course, Afsana needs to exercise control over her behavior par unka gussa saara ek hi point par hai. Woh akeli padd gayi hain ghar mein.” Also Read – Bigg Boss 15: Before elimination, Karan Kundrra, Shamita Shetty, Simba Nagpal to get into major trouble, thanks to wild card entrees?

He even said Afsana has all the qualities of a winner. Saajz even said that he feels Jay Bhanushali and Simba Nagpal will backstab Afsana. In the last episode of Bigg Boss 15, housemates mutually decide and evicted Donal Bisht and Vidhi Pandya.