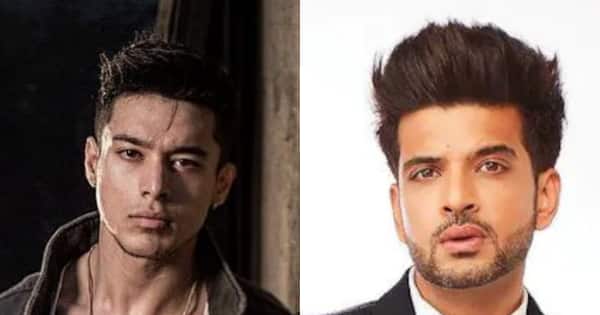 In tonight’s episode of Bigg Boss 15, we saw shocking twists taking place. But first things first, Bigg Boss was furious with the contestants due to their constant rule-breaking. Despite getting numerous warnings and chances, the junglewaasi contestants would use main house restrooms, everyone would laze around and keep sleeping hence not giving content to the audience, stealing stuff from the main house, speaking in every other language but Hindi and so on. And hence, fed up with their constant negligence, once and for all Bigg Boss unleashed his fury. He announced three punishments. The first punishment was degrading of the main house contestants in which they were turned into junglewaasis. All the contestants were denied access to the main house. However, it was the second punishment that was most emotionally tasking on everyone. Also Read – Bigg Boss 15: After being scolded by Salman Khan for her unruly behaviour, Afsana Khan’s fiancee argues Shamita Shetty and Vishal Kotian instigated her

Bigg Boss had asked the housemates to give him two names with bahumat who had contributed in the least to the show. Pratik Sehajpal went first and picked Donal Bisht and Vidhi Pandya’s names. Later on, everyone started strategizing. Karan Kundrra who was the junglewaasi contestant since the beginning had a chat with his other housemates. He was of the opinion that since the Junglewaasi housemates are more in number, they can flip the game in their favour. Later, we saw Pratik Sehajpal mentioning Farah Khan’s ranking during the Weekend Ka Vaar in which she had placed Donal and Vidhi last. After that, everyone reasoning that they felt they contributed the least to the show took Donal and Vidhi’s names too. Also Read – Bigg Boss 15, Day 18, LIVE UPDATES: Donal Bisht and Vidhi Pandya are evicted through because of bahumat

And now, fans are saying that Pratik Sehajpal destroyed Karan Kundrra’s strategy of turning the tides into the OG junglewaasi housemates’ his favour. They are hailing him for the same. Check out their Twitter reactions here: Also Read – Bigg Boss 15: Sidharth Shukla-Shehnaaz Gill, Aly Goni-Jasmin Bhasin and more couples who found true love on the show; will Karan Kundrra-Tejassvi Prakash be next?

Karan : We r in mejority, so we’ll decide who’ll get eliminated#PratikSehajpaI: No hard feeling, my two names are Vidhi & Donal

Karan wanted either #PratikSehajpaI or #ShamitaShetty out but BB said you have to choose 2 people “jinka show ke liye yogdaan kam hai. Pratik asked everyone to follow Farah khan list & rest Housemates agreed to it and he teared masterblind master stroke ??#BiggBoss15 #BB15

#PratikSehajpaI is the true mastermind of this season! There! I said it!! Bye guys!!

Pratik is so straight forward, didn’t even bother once to take vidhi and donal’s name

unlike other ppl who always speak sugar coated?#PratikSehajpaI #PratikFam #BigBoss15

Karan wanted to vote out Pratik but then bigg boss said that only people with least contribution must be voted out ,thank u bigg boss ,even bigg boss knows #PratikSehajpaI is content king .