Do you think Pratik Sehajpal and Divya Agarwal should make peace with a week left for the finale? Vote now 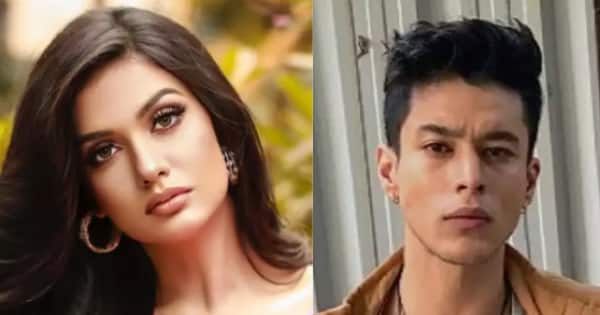 Do you think Pratik Sehajpal and Divya Agarwal should make peace with a week left for the finale? Vote now

In the last night’s episode of Bigg Boss OTT, we saw the housemates meeting Rashami Desai and Devoleena Bhattacharjee. The two ladies made the housemates answer various questions in their segment of Let’s OTT with Devoshami. While partying ways, they brought Varun Sood to meet Divya Agarwal. Her happiness knew no bounds when she saw Varun. Divya made Varun meet everyone. Varun had kind words for everyone and spoke very well with each contestant irrespective of their bond with Divya. Also Read – Trending OTT News Today: Rana Daggubati’s Haathi Mere Saathi locks its release date, fans call Neha Bhasin-Pratik Sehajpal’s bond vulgar and more

In the last night’s episode, we saw Varun confronting Shamita Shetty on her words about his relationship with Divya and more. He also asked Shamita to end her fight with Divya and only six days remain for the Bigg Boss OTT Finale. Varun also asked Pratik Sehajpal to make peace with Divya. Varun said that he has no bad blood against him and that he will always be his friend. Now, later in the night in the house of Bigg Boss OTT, we saw Divya Agarwal and Shamita Shetty making peace. Shamita said that she is ready to let go of the past and remain cordial with her. Divya says that she never felt her controlling and neither intended it to be so. Shamita even praised Varun. Divya invited her to their wedding. It was really nice to see the two ladies patch things over. Also Read – Bigg Boss OTT: Shamita Shetty’s mother Sunanda Shetty impresses netizens with her ‘postive aura’ – view tweets

Coming back to Pratik Sehajpal, Divya and Varun have been participants in other reality TV shows. They had their fights and everything on that show and even bonded well. They were once very close. During the premiere night, Pratik had said that Divya broke all ties with him after the show and never contacted. He felt like he was the only one putting all the effort into their friendship/ relationship. When Varun asked Divya to make peace with Pratik, the latter said that she tried. Varun also said that had Pratik been Divya’s connection, they would have been invincible. And now, with Shamita having made peace with Divya, do you think Pratik should too? Vote below: Also Read – Bigg Boss OTT, Day 36, September 13, LIVE UPDATES: Divya Agarwal meets Varun Sood; Shamita makes peace with the former