Tina Datta and Manav Gohil to be a part of Salman Khan’s show? 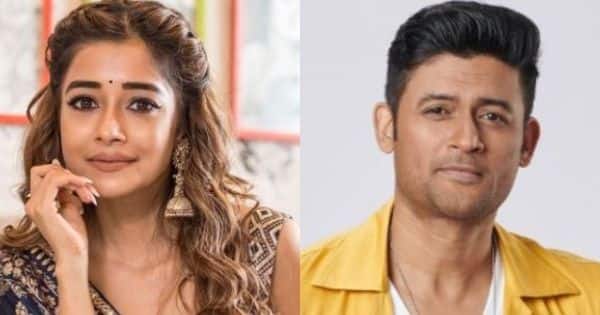 Tina Datta and Manav Gohil to be a part of Salman Khan’s show?

It is the finale week of Bigg Boss OTT. This was the first time when Bigg Boss came on an OTT platform. It was a six weeks show and it became quite popular. Currently, Divya Agarwal, Pratik Sehajpal, Shamita Shetty, Raqesh Bapat, Neha Bhasin and Nishant Bhatt are the part of the show. On September 18, we will get the winner of the show and also a few of these contestants will be a part of Salman Khan’s Bigg Boss 15. Ever since Bigg Boss OTT began, fans have been waiting to know who would be a part of Bigg Boss 15. A lot of names like Arjun Bijlani, Mohsin Khan, Surbhi Chandna, Reem Shaikh and others have come forward who might be a part of the show. Also Read – Ahead of Pavitra Rishta 2.0, Ankita Lokhande channels her inner Aishwarya Rai Bachchan as she grooves to a Devdas song – Watch

Now, as per reports in ETimes, Tina Datta and Manav Gohil have also been approached for Salman Khan’s show. The source close to the portal have informed them that Tina Datta, who was the channel’s face at one point of time and has done a few shows with them like Uttaran and Khatron Ke Khiladi has been approached for the show. If everything falls into place, the actress will be seen doing the show. Talking about Manav Gohil, he was last seen in Shaadi Mubarak, where he played the role of former star KT. While they have been approached for the show, there is no official confirmation that they have agreed to do the show. A few promos of Bigg Boss 15 have released and it is quite clear that this time the contestants will first have to stay in jungle and then they will move in the main house. Also Read – OMG! Ankita Lokhande RECALLS her first meeting with Sushant Singh Rajput; REVEALS her ex felt ‘she had the heroine attitude’

In the latest promo of the show, Salman says the life of contestants will be tough without comfortable things amidst the open sky and Vishwasundari tree. Salman jokingly asks how the contestants will sleep peacefully around the mosquitoes and various jungle insects. The promo is captioned as, “Iss baar #BB15 ka ‘suffer’ hoga jungle se shuru! How excited are you? ” Also Read – Trending TV News Today: Divya Agarwal trolled for calling Sidharth Shukla ‘akdu’ and Shehnaaz Gill ‘irritating’; Krushna Abhishek calls a truce with mama Govinda