Do you think Vishal Kotian is using Shamita Shetty for the game? Vote now 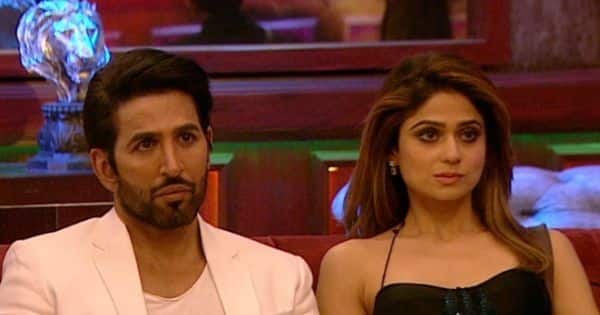 Do you think Vishal Kotian is using Shamita Shetty for the game? Vote now

Bigg Boss 15 is getting better with each passing day. The show is getting all the love and the contestants are now playing the game well. This season has been quite fast as we saw the action started on day 1 itself. Shamita Shetty and Vishal Kotian bonded well since the start. Their brother-sister relationship has become the talk of the town. This relationship grew stronger when Shamita and Vishal teamed up during the sugarcane task. She was unfair with everyone else to help her brother, Vishal. Vishal was also taking her help to get inside. He said Shamita is a very important person in this game. Later we saw Shamita depending on Vishal for every decision. She trusted him blindly and when Karan tried to tell her that she can’t trust Vishal, Shamita said she can blindly trust him. Also Read – Bigg Boss 15, Weekend Ka Vaar, Twitter Reactions: ‘You have earned loyal supporters’ Fans praise Karan Kundrra for apologising to Pratik Sehajpal

Post Vishal entered the main house, we saw him playing the game through Shamita. Even Farah Khan pointed out that Shamita is depending on Vishal to move forward in the game. Post that many contestants like Jay, Tejasswi, and others tried to tell Shamita that she is being used. Yesterday, during the weekend ka vaar too, we saw people telling Shamita Shetty that she is being used by Vishal Kotian. Many even discussed amongst themselves that what Shamita feels for Vishal is genuine but his feelings aren’t genuine for Shamita. After Salman Khan left, Jay Bhanushali also explained to Shamita that he being Vishal’s friend is telling her that she is being used. In the promo, we saw Shamita’s rakhi brother Rajiv Adatia entering as the wild-card who asks her to stop the ‘Akka-Anna’ thing with Vishal Kotian as he is being fake and toxic. Hence, we thought of asking fans whether they feel that Vishal Kotian is using Shamita Shetty for the game. Also Read – Bigg Boss 14, Weekend Ka Vaar, Live Updates: Karan Kundrra cries and apologises to Pratik Sehajpal