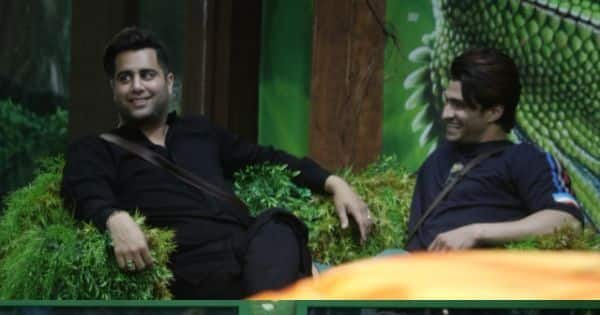 Bigg Boss 15 is getting better each day. During the weekend ka vaar, we saw Rajiv Adatia enter the show. We already know he is close to Shamita Shetty. He also told Salman Khan that he is going to let Shamita know about Vishal’s negative motive. He said he doesn’t like Vishal as he is very toxic. We also saw him say that he knows a few of the contestants like Jay, Karan, Ieshaan. He will enter the house today and as per promo, Rajiv was seen speaking to Ieshaan about their past. From their talks, it was known that he was in a relationship with Ieshaan Sehgaal. For the unversed, Ieshaan had earlier confessed to Miesha that he is bisexual. Also Read – Bigg Boss 15: From Karan Kundrra’s towel comment on Donal Bisht to Ieshaan Sehgaal-Miesha Iyer’s PDA – 5 instances that made us go Yuck!

In the same promo, we also saw Miesha getting angry on Ieshaan for not letting her know about Rajiv Adatia. It seems their new relationship will see a rough patch soon after Rajiv’s entry. In the same promo, we saw Rajiv speaking to Ieshaan about Miesha. He said, “You came on this show for a reason. What are you doing in the show?” To which Ieshaan replies saying, “I thought I wouldn’t sustain in this show.” Rajiv then says, “I am sorry, I am not going to listen to you.” Also Read – Bigg Boss 15: Do you think Vishal Kotian is using Shamita Shetty for the game? Vote now

Rajiv also tells Ieshaan, “I know you for a long time now, you can’t fall in love in 3 days. I do not expect this from you Ieshaan. You are like love love love every time. You look stupid outside. You are creating the opposite image that you wanted to create.” He further adds: “Kitni jhuthi kasmein khata hai tu. (You are taking false vows here) Let me tell you, it’s a bit no no. You cannot rely on anyone here. You know what promises you made outside.” Also Read – Bigg Boss 15, Weekend Ka Vaar, Twitter Reactions: ‘You have earned loyal supporters’ Fans praise Karan Kundrra for apologising to Pratik Sehajpal