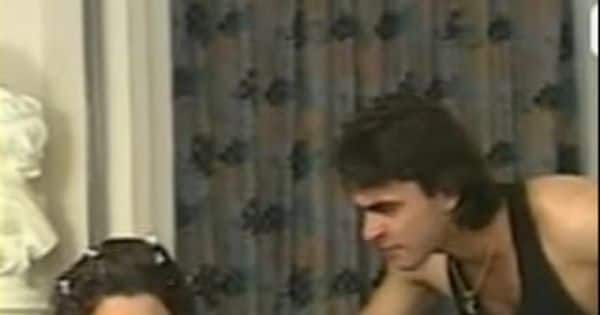 Today #DeshKaZee is trending all over social media to mark the 29 glorious years of the broadcasting giant. Zee TV was the pioneer of satellite cable TV in India expanding the reach of Indian shows to foreign nations like the UAE, London and the US. Here is a look at five iconic shows from Zee TV that can be watched any time… Also Read – From Mouni Roy to Jasmin Bhasin: 10 TV actresses who look all set to tie the knot soon

Hum Paanch
Fans of Hum Paanch will say that it is one of best sitcoms of Indian TV. Who can forget the girls who were upto something new in every episode? Ashok Saraf played the role of Mr Mathur while Priya Tendulkar was his wife who spoke through a photograph. Vidya Balan showed us her acting chops even as young Radhika Mathur. The show lives rent free in the mind of all its fans. Also Read – Trending OTT News Today: Fans support Britney Spears, Ankita Lokhande’s BTS video with Shaheer Sheikh, Disney’s Encanto trailer is magical and more

Pavitra Rishta
This is one of the immortal love stories that will ever come on TV. Late Sushant Singh Rajput and Ankita Lokhande gave us so many beautiful emotional moments in their journey of Manav and Archana. We also had strong ensemble characters like Savita Tai (Manav Deshmukh), DK (Naved Aslam), Varsha (Priya Marathe) and others. The show is now seeing a digital reprise with Shaheer Sheikh and Ankita Lokhande. Also Read – Pavitra Rishta 2: Shaheer Sheikh FINALLY opens up on replacing Sushant Singh Rajput as Manav on the show; says, ‘fans don’t have to replace him with me’

Hasratein
Definitely one of the landmark shows of Indian TV when it came to discussing marital issues in a realistic manner. It was based on the novel Adhantari by Late Jaywant Dalvi. We still remember it for the fine performances from Seema Kapoor, Shefali Shah, Dharmesh Vyas, Harsh Chhaya and others. Hasratein sparked off a debate on man-woman roles in marriage and is still seen as a trendsetter.

Banegi Apni Baat
This show was way ahead of its times in terms of writing, characterization and story-telling. We had acting stalwarts like Irrfan Khan, Surekha Sikri, Achint Kaur, Varun Badola, Anita Kanwar and others on the show. Irrfan Khan’s wife Sutapa Sikdar was one of the writers of the serial.

Hip Hip Hurray
Who does not remember Hip Hip Hurray, the show is a cult till date. The cast included some popular TV names like Purab Kohli, Rushad Rana, Kishwer Merchantt, Peeya Rai Choudhary, Vishal Malhotra, Nilanjana Sharma and Zafar Karachiwalla among others. It was directed by Nupur Asthana who says it was a combination of good chemistry and story-telling that made it such a hit amongst the youth.