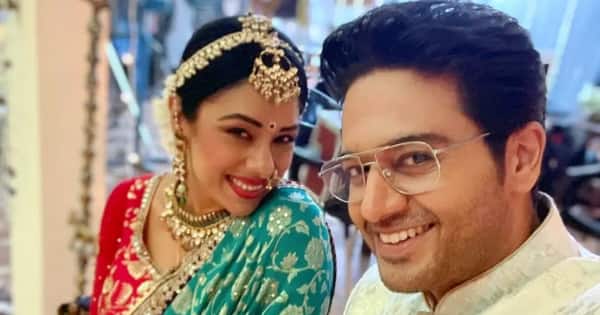 Anupamaa is one of the most talked-about and loved TV shows in the country. It stars Rupali Ganguly, Sudhanshu Pandey and Madalsa Sharma starrer TV is topping charts every week. And ever since Anuj Kapadia aka Gaurav Khanna’s entry, the TRPs of Anupamaa have sky-rocketed. The introduction of Anuj as Anupamaa’s college friend has worked in favour of the makers. Fans of the show are loving Anupamaa and Anuj’s bond on the show. Fans are in love with Anuj Kapadia now and Gaurav Khanna has done an amazing job. But the actor credits ace producer Rajan Shahi for coming up with such a remarkable character. Also Read – Anupamaa: Gaurav Khanna aka Anuj’s special gesture for Anupamaa aka Rupali Ganguly during their Mumbai trip will win your heart – view pics

Confessing that he always wanted to work with Rajan, he said, “I always had a list of people with whom I wanted to work with in the industry and Rajan has been at the top of that list. I am lucky that I finally got a chance to work with him and that too on such a good show and such a brilliant character like Anuj.” “The way he takes his characters forward is amazing as you can see with the love Anuj is getting in just two weeks,” he added. Gaurav also shared that it was Rajan’s belief in the character that made him take up the role. Also Read – Anupamaa spoiler alert: Anuj Kapadia makes Anupamaa’s two big dreams come true; Baa and Vanraj get a befitting reply for ‘paraye mard’ comment

“I just went ahead with his conviction when he told me that he is planning to get this character on board and talked about the character sketch. I just told him that if you are convinced then I am convinced,” he said. “Till date I have just met him once during the Ganpati Sthapana, I have just spoken to him over the phone but we haven’t had a talk because earlier he was travelling and now he is busy with his other show. Once he is back and he has the time then I will take the feedback. Right now I am just following him blindly,” Gaurav concluded. Also Read – Anupamaa: Rupali Ganguly-Gaurav Khanna aka Anupamaa-Anuj’s chemistry in these pictures will make you root for #MaAn