Indian Idol 12’s Sayli Kamble lashes out at those questioning her about her bond with Nihal Tauro; here’s what she said 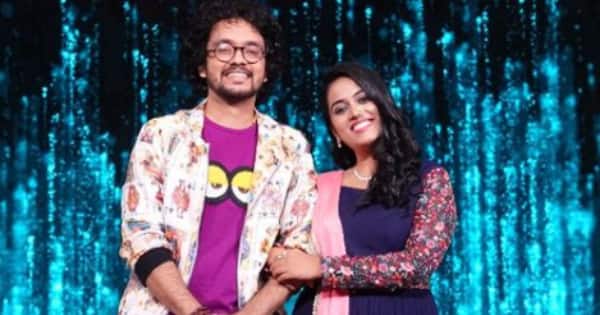 Indian Idol 12’s Sayli Kamble lashes out at those questioning her about her bond with Nihal Tauro; here’s what she said

Indian Idol 12 ended on August 15 but the craze for the show hasn’t ended. This season of Indian Idol was the most successful one. It broke many records but also landed in many controversies. Apart from singing, Pawandeep Rajan and Arunita Kanjilal made noise with their alleged love story too. Fans love them so much that they have coined a term – AruDeep. There were rumours of some sparks flying between Sayli Kamble and Nihal Tauro too. Both Sayli and Nihal have been questioned about the same many times. Now, in an interview with ETimes, Sayli Kamble said that she was the closest to Nihal Tauro in Indian Idol 12. Also Read – Actor Juniad Malik’s hard work helps him get a role in web series

She was also asked about the rumours of them being in a relationship. Sayli lashed out at people questioning her about her bond with Nihal. She said that she is not answerable about this question to anybody. Sayli said that if her parents were to ask her who is Nihal to her and what is she to him, she would have told them. “People have a one-track mind. But I guess I am being spoken about because people have noticed me and liked my chemistry and duets with Nihal, “Sayli Kamble said. Earlier, in an exclusive interview with us, Sayli Kamble opened up on these rumours. When asked about her love connection with Nihal, she gave a shocking answer. She stated that she shares a brother-sister like bond with Nihal Tauro. She said, “He is my brother. Vo bacche jaisa hai. Uske saath jab main hoti ho to mujhe maa ya badi behn ki feeling aati hai (He is my brother. He is like a kid. Whenever I am with him, I feel like a mother or sister around him).” Also Read – TRP Report Week 35: Nakuul Mehta-Disha Parmar’s Bade Acche Lagte Hain 2 fails to dethrone Rupali Ganguly, Gaurav Khanna’s Anupamaa