‘Sidharth Shukla reunited us from up there’, says Paras Chhabra on REUNITING with Asim Riaz 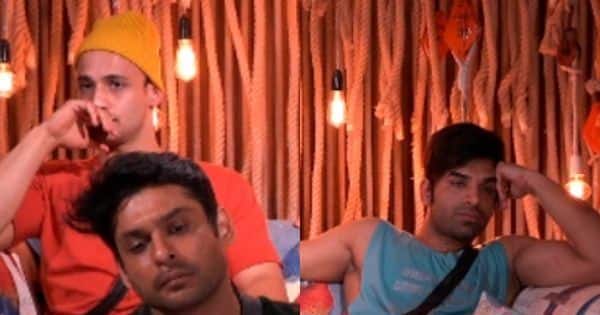 ‘Sidharth Shukla reunited us from up there’, says Paras Chhabra on REUNITING with Asim Riaz

Sidharth Shukla passed away on September 2 due to a heart attack. He was rushed to the Cooper hospital wherein he was declared brought dead. His postmortem went on for a lot and his body was handed over to the family on September 3. The Balika Vadhu actor’s last rites were carried out at the Oshiwara crematorium. His Bigg Boss 13 co-contestants were shocked to the core. Rashami Desai, Asim Riaz, Paras Chhabra, Mahira Sharma, Arti Singh, Shefali Jariwali, Dalljeit Kaur, Hindustani Bhau, and others were present at his funeral. Shehnaaz Gill’s condition cannot even be imagined. Asim Riaz and Paras Chhabra were never friends in the Bigg Boss house. In fact, they fought the most. They never became friends till the end. But Sidharth Shukla’s sudden demise has changed everything. Also Read – TV News Weekly Rewind: Munmun Dutta-Raj Anadkat’s relationship rumours; Sidharth Shukla’s demise leaves Shehnaaz Gill broken; Asim Riaz-Paras Chhabra turn friends again and more

Asim and Paras have become friends now. They have now become friends and followed each other on Instagram. We also saw that Paras Chhabra sharing Asim’s new song on his Instagram stories wishing him luck and even addressed him as ‘brother’ in the story. Now, in an interview with ETimes, Paras Chhabra shared that when he heard about Sidharth’s demise, he was already anxious and depressed since morning. He had posted a picture with his mother at 6 am that morning and by 12 he started getting calls about Sidharth. He said that it was shocking and he immediately went to Sidharth’s house where he met Asim for the first time after coming out of the Bigg Boss house last year. He revealed that the moment he saw Asim, they both hugged each other and couldn’t control their emotions. Paras also shared that Asim said that they had to meet but not in this way. It was at that moment when they decided that they shouldn’t be keeping any animosity against each other and should be back to being friends. Also Read – Trending TV News Today: Munmun Dutta dating Raj Anadkat; Gaurav Khanna’s wife reacts to his chemistry with Anupamaa; Kishwer Merchantt-Suyyash Rai obsesses over Nirvair and more

Paras said, “We also vowed to be in touch and to meet each other often. We both realized that no issue is so big in life that it cannot be resolved. Both of us took the first step towards each other at Sidharth’s place. It was as if Sidharth reunited us from up there. We have learnt a big lesson from his loss and the lesson is that life is really short to keep grudges with one another and not talk to each other. Asim and I have spent a good time inside the Bigg Boss house together and both of us were close to Sidharth.” Also Read – Sidharth Shukla’s sudden demise makes Asim Riaz and Paras Chhabra realise their mistake; duo becomes friends again