Like a game of Bingo, very few things click and most miss the mark in Blumhouse’s first Halloweeen special 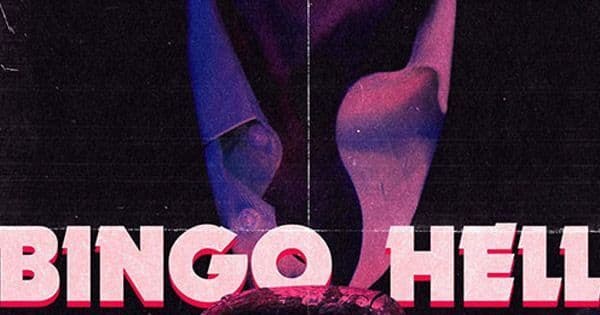 Like a game of Bingo, very few things click and most miss the mark in Blumhouse’s first Halloweeen special

The characters are quite ill-defined, so credit to the actors for portraying them with conviction and making a fist with the sub-par material handed to them. To be fair, Bingo Hell begins quite interestingly though falls steeply from its halfway mark or so. Thankfully, editor Andrew Wesman seems fully aware of the patch-up job needed of him and keeps proceedings short and snappy. Also Read – The Crown, Mare of Easttown, The Boys and more Emmy 2021 Award winners and nominees you can watch now on Netflix, Amazon Prime and Disney+ Hotstar

Watch the Bingo Hell trailer below:

READ ALSO |  Jayasurya’s film perfectly outlines the grim realities of the pandemic, but it’s too soon to relive the horrors

There are a few things as annoying than a movie that builds and builds and builds some more, only to not deliver on all that buildup and promises foretold. What hurts Amazon Prime Video’s Bingo Hell even more is that way too many things are left unanswered, there is little to no backstory about the reasons for all the bizzare occurrences or the sudden manifestation of the prime antagonists, and the core message of anti-gentrification that the entire plot hinges is so poorly presented that even the actors and writers self-consciously criticize it by the end of the movie. It doesn’t help either that the camerawork and overall production values are too low grade to evoke any atmospheric feel – there’s campy and then there’s drab, and this drab is all the more surprising given Blumhouse’s track record with well-made, low-budget horror movies. However, the singular most detrimental factor for Bingo Hell is it’s inability to sufficiently scare, chill, or thrill you for a horror film.

Amazon Prime’s Bingo Hell is not good camp horror; it’s just camp with low production values and a few good ideas that either never come together or leave things unanswered and absolutely not in a good way. Barring a decent buildup and a some reasonably creepy sequences scarred few and far between, this one is too non-chilling and non-thrilling, coupled with too much of an abstract, rushed climax to make it an effective horror film. Plus, the message of anti-gentrification is presented in a very lopsided manner. Welcome to the Blumhouse’s Halloween specials begin on a below-average note this year. I’m going with 2 out of 5 stars.