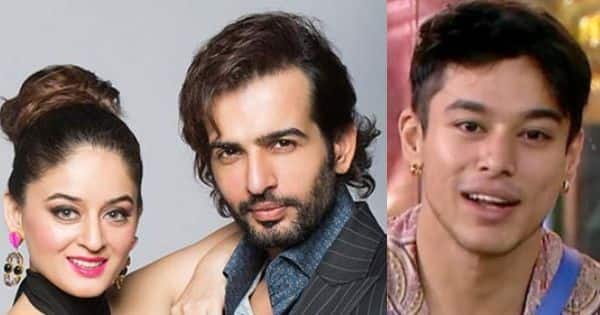 Jay Bhanushali and Pratik Sehajpal’s fight in the Bigg Boss 15 house has become the talk of the town. During the daaku ka kabza, we saw a big fight between Jay and Pratik. As per the task, if the junglewasis win, they will get 30 pieces of the pathway. But if they lose all the pieces they have got until now will also be taken away. They are divided into 5 levels. Shamita, Pratik and Nishant have to kill the junglewasis level by level. The way to kill the daakus is only known by the main house people. Hence, the junglewasis begin to plan things and win the task by keeping the main house people away from each other. During this task Shamita Shetty got hurt while she tried to free Nishant from Jay and Karan’s hands. Also Read – Bigg Boss 15: Do you think Jay Bhanushali went overboard by abusing Pratik Sehajpal in the Daaku Ka Kabza task? Vote now

The physical fights get murkier and Bigg Boss then asked them to stop the task. During that break, Pratik and Jay got into a heated argument where Jay used a bad word for Pratik. Post that people started bashing Jay on social media. However, his wife, Mahhi Vij has come out in his support. She took to Twitter and wrote, “Girls are abusing more than boys, pulling each other’s hair…today’s live was”. In another tweet she wrote, “Even Ieshaan abused Pratik. Why just Jay, girls are abusing…so stop highlighting just Jay.” Also Read – Bigg Boss 15, Day 10, Twitter Reactions: ‘Shame on you’ Fans slam Jay Bhanushali for abusing Pratik Sehajpal again and again

However, Munmun Dutta has taken a stand against Jay Bhanushali. In a tweet, she wrote, “As of now, I am definitely Team Gharwale rather than Junglevaasis. #JayBhanushali’s abuses to #PratikSehjpal today were uncalled for. Defending him was equally wrong. Pratik could be irritating in a lot of situations but today it was definitely not his fault #biggboss15.” Devoleena Bhattacharjee also tweeted against Jay Bhanushali. Also Read – Bigg Boss 15, Day 10, Live Updates: Jay Bhanushali and Pratik Sehajpal get into a heated argument yet again