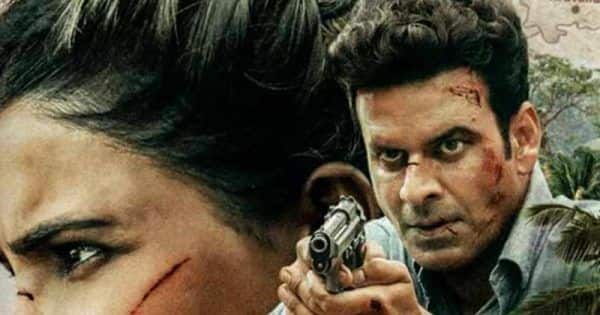 Before there wave of web series like Special Ops, Asur, Undekhi, Scam 1992 and others filled over our lockdown woes like a manna from heaven, The Family Man was a part of the initial influx of OTT contact (along with Scared Games and Mirzapur) which signalled the onset of an alternative form of entertainment in the country and the biggest threat to cinema halls as of today. Obviously then, when such a trendsetter returns for round two, the expectations are sky high. So, do creators Raj & DK meet those expectations with The Family Man 2, and more importantly, does the addition of a big name like Samantha Akkineni joining the regular ensemble of Manoj Bajpayee, Priyamani and Sharib Hashmi bring something actually valuable, and just controversial, to the table. Well, the answer to both those questions is an emphatic yes, even if the sophomore season falls a tad (and only a tad) short of season one. Also Read – Trending OTT News Today: Fans peg Divya Agarwal to win Bigg Boss OTT, Akshay Kumar’s Bell Bottom locks its digital release and more

Srikant Tiwari (Manoj Bajpayee) is caught in a dilemma between adjusting to his new, simple corporate job for the sake of his family and desire to return to intelligence work for the country. When the return of long dormant sleeper cell of the Tamil rebels of Sri Lanka are reactivated in India, the emergence of the deadly Raji (Samantha Akkineni) as the only clue to stop an impending terrorist attack brings Srikant back into the fray.

Watch the The Family Man 2 trailer below:

Raj & DK keep us hooked from the get go in a deadly game of cat and mouse, which while appearing simplistic on the surface, shows its many intricate and precarious faces as the layers peel off. Thankfully, as was in the first season, the initial episodes are offset with some much-needed deadpan humor, setting the tone for a serious show than wisely doesn’t take itself too seriously. The technical department like the camerawork, production design, background score are once again all top notch, and it’s a relief to see a web series that afte ages gets its editing just right neither the length of nine episodes nor the duration of each of them ever feels too long in the tooth. However, fhe biggest USP of The Family Man 2 has again got to be its performances, with National Award winner Manoj Bajpayee again displaying why he’s one of the best we’ve ever had. He’s brilliantly supported by Sharib Hashmi, Priyamani, Dalip Tahil, Sharad Kelkar, Darshan Kumaar, and, most of all, Samantha Akkineni, who walks away with the maximum accolades in some of the scenes, where she steals the show with both her physicality and emotional trauma.

Given how the first season panned out, some viewers may be understandably disappointed at the lack of action sequences – not that they aren’t any, with the one where a police precinct comes under siege being a standout, but they’re just too few. Also, some plot devices toward the end, especially the escape of two agents from the terrorists in the eight episode, are a bit too convenient (can’t reveal more lest I give away spoilers). Additionally, the climax and denouement are a bit disappointing if not predictable as compared to what preceded them.

It may just fall a wee short of how grand season 1 was, and that’s only because the first season set the bar so high, but The Family Man 2 is still a gripping followup, with tension that never lets go, led all the way by Manoj Bajpayee’s smarts, Samantha Akiineni ruthlessness, Sharib Hashmi’s pillar of support, Priyamani’s emotional dilemma, and, most of all, creator Raj & DK’s surgical-like execution. Perfect binge-watch for the weekend. I’m going with 3.5 out of 5 stars.