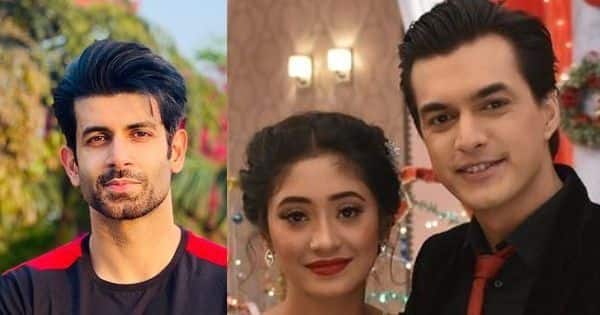 Yeh Rishta Kya Kehlata Hai will soon see a generation gap taking place in the show. Yes, Kartik and Sirat will now leave the show and new characters will enter. As per the story, Kartik-Naira/Sirat’s children will now take the lead. The story will revolve around Kairav, Akshara and Aarohi. Now, as per reports Namik Paul has been approached to play the role of grown-up Kairav in the show. Various reports say that he has been finalised and very soon will begin shooting. Earlier, there were reports that Harshad Chopda has been approached to play the male lead of the show. It is still not clear whether Harshad will play Kairav or Namik will play the role. Also Read – TV News Weekly Rewind: Bigg Boss 15 sees body-shaming, ugly fights in first week; Shehnaaz Gill’s first appearance since Sidharth Shukla’s demise; Yeh Rishta Kya Kehlata Hai new leads and more

Pranali Rathod confirmed that she has been approached for the lead role in Yeh Rishta Kya Kehlata Hai. In an interview with India Forums, she said, “Yes I have been approached for the show but nothing is confirmed yet.” Pranali has impressed the audience with her performance as Saudamini in Barrister Babu and as Suman in Jaat Na Poocho Prem Ki. It is being said that she might play the role of Akshara or Aarohi in the show. Recently, a promo released which shows the end of Mohsin Khan and Shivangi Joshi’s journey in the show. Also Read – Trending TV News Today: Harshad Chopda to play lead in Yeh Rishta Kya Kehlata Hai; Shehnaaz Gill’s first pictures and video post Sidharth Shukla’s demise go viral and more