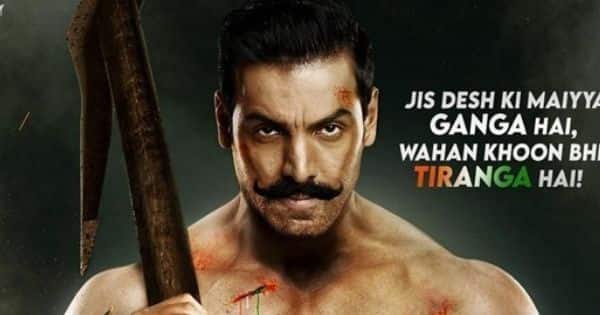 For all those who have been waiting for the John Abraham starrer Satyameva Jayate 2, we have got some news for you. The first reactions of the film are out and it seems like it’s an out and out entertainer. The director of the film Milap Zaveri took to Instagram to share the reaction of someone who saw the first 20 minutes of the film. Milap wrote, “Reactions from Exhibitors in Bihar, Indore and Maharashtra on seeing 20 mins of #SatyamevaJayate2 have been terrific!!! This is one tweet from an Indore exhibitor!” The tweet read, “Saw some 20 mins of #SatyamevJayate2 Out and out action, masala cinema at its best. A good welcome back to cinemas indeed. All my best wishes to @MassZaveri @TheJohnAbraham @TSeries and team!.” Also Read – Ramyug trailer: The scale, look and VFX of Hum Tum fame director Kunal Kohli’s debut web series look promising

What’s it about
The 2018 film Satyameva Jayate dealt with just corruption. This time, the sequel will tackle many other issues which deal with police and politicians to industrialists and a common man. The film will explore corruption in detail. According to reports, it revolves around the fight against injustice and misuse of power. Apart from John, it also stars Divya Khosla Kumar, Rajeev Pillai, Anup Soni and Sahil Vaid in pivotal roles. Also Read – What to Watch this Week: Lahore Confidential, LSD, Monster Hunter – 5 titles to satiate your binge-watching urge

Release date and clash with Antim
Maharashtra government announced the opening of cinema theaters in the state from October 22. Soon after the announcement, the makers of Satyameva Jayate 2 announced that the film will be releasing in theatres on November 26. It will be clashing with Aayush Sharma and Salman Khan starrer, Antim The Final Truth. An official remake of the Marathi film, Mulshi Pattern it is is directed by Mahesh Manjrekar.

So are you excited to watch Satyameva Jayate 2? Tweet to us @bollywood_life and let us know.