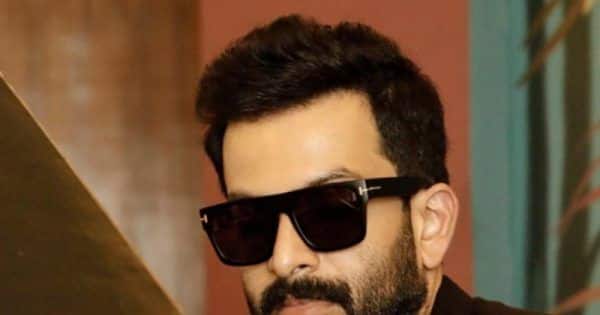 Andhadhun will not only remain one of the best movies in the history of Bollywood, or Indian cinema as a while, but, frankly speaking, it’s up there with the best of all time in world cinema. To put it plainly, it’s a very tough act to follow, as we witnessed with how Nithiin, Tamannaah Bhatia and Nabha Natesh’s Telugu remake, Maestro, written and directed by Merlapaka Gandhi, didn’t manage to hold a candle to it despite being almost a frame-to-frame recreation. It’s the little things, the subtleties, the finer nuances of Director Sriram Raghavan in the original that made all the difference. So, does Prithviraj Sukumaran, Mamta Mohandas and Raashi Khanna’s Malayalam remake, Bhramam, fare better? Well, the good news is does, but that’s not to say, it comes anywhere near the league of the Ayushmann Khurrana, Tabu and Radhika Apte original. Also Read – Trending OTT News Today: Shang Chi-Jungle Cruise web release dates, Star Wars Visions is truly visionary, Netflix announces Rana Naidu and more

For those who haven’t seen Andhradhun, Bhramam revolves around a talented pianist, Ray Mathews (Prithviraj Sukumaran), who pretends to be blind, thus landing a comfy playing gig at a restaurant, only to get embroiled later as an eye-witness to the murder of erstwhile moviestar Uday Kumar (Shankar) by his wife, Simi (Mamta Mohandas), and her lover, S.I. Dinesh (Unni Mukundan).

Watch the Bhramam trailer below:

Despite most of Bhramam being lifted from Andhadhun, unlike Maestro, there are some changes, not necessarily with the essence or core story, but certain plot elements and character nuances, that gives it somewhat of an identity. Director Ravi K. Chandran’s camerawork is another highpoint, though not surprising given what a celebrated cinematographer he is first and foremost. Prithviraj, too, brings in all his experience and skills, to play the faux-blind pianist, eye-witness to his murder, in his own way, and does a better job of it than Nithiin managed, as earnest as the latter was, while Unni Mukundan is as good as Manav Vij was as the burly cop/lover in the original. On the whole, I felt more invested in this than I did with Maestro, despite having watched and enjoyed Andhadhun repeatedly.

Once again, an Andhadhun remake falls pretty short of its inspiration owing to the fact that its Director just can’t recreate the finer aspects and subtlety in pacing and exemplary shot taking that Sriram Raghavan had envisaged. Like Maestro, Bhramam also suffers from being longer in the tooth, and not in a good way. Editor Sreekar Prasad seriously needed to keep a leash on things. And besides Prithviraj and Mukundan, none of the other actors come close to portraying the characters with the depth that was required. Mamta Mohandas falls way short of the vixen grace Tabu brought to the table, Raashi Khanna is too reserved (wonder if Ravi K. Chandran asked that of he, but it doesn’t work) and, surprisingly, Shankar doesn’t exude the aura of a movie star, despite having been one in the 80s. Even Jagadish, Sminu Sijo and Aneesh Gopal seem committed, but dont hold a patch to their Hindi counterparts.

READ ALSO |  ‘Out and out action, masala cinema at its best,’ first reactions of the John Abraham starrer promise a blockbuster

Bhraman is all right for a remake, and especially good for those who haven’t seen Andhadhun. Those who have though shouldn’t approach it expecting something way different or an embodiment of all that made the original great, and you won’t be disappointed. I’m going with 3 out of 5 stars.