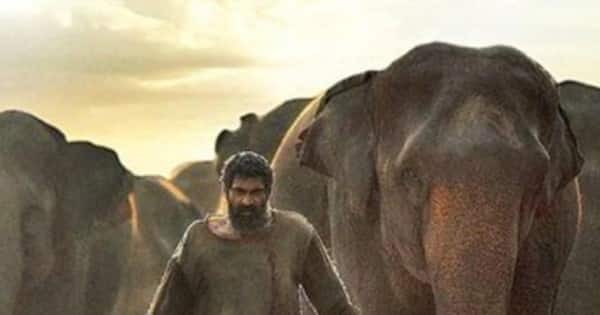 Rana Daggubati, Pulkit Samrat starrer is a tedious film on a good subject, marred by half-baked characters and weak performances 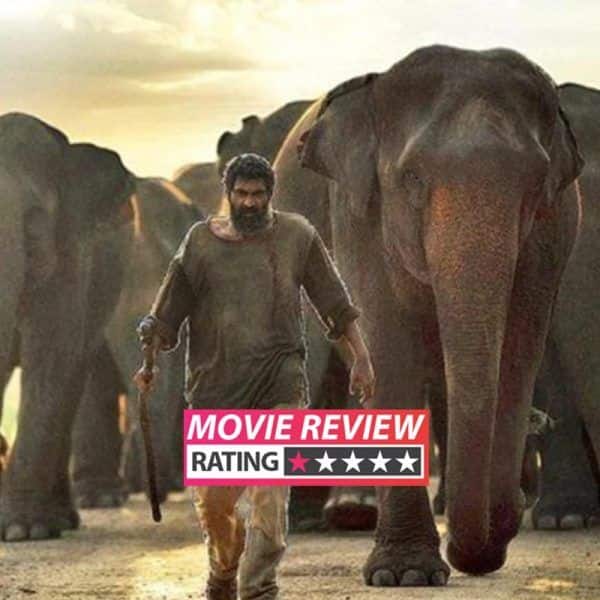 Haathi Mere Saathi movie review: Humans realized centuries ago that they did not need to be around trees like animals. They can level the land by cutting trees and build houses on it and since then forests are being cut continuously. When the first time a man would have cut a tree for himself, he would have given it the name of development. And that development that started eons ago, has not been completed even in 21 centuries. Also Read – Rocketry The Nambi Effect: R Madhavan begins his directorial debut and seeks blessings from fans – view pic

The film Haathi Mere Saathi starring Rana Daggubati, Pulkit Samrat, Shriya Pilgaonkar and Zoya Hussain brings to you the story of human craze, which is not only ruining the forest but also endangering the lives of human beings along with the many breeds of animals thriving in these jungles. Director Prabhu Solomon set out to make Haathi Mere Saathi with great intentions, to make the audience see a side of man vs wild that is only part of documentaries. But can this 2 hours 41 minutes long film keep one hooked? Read the review to know… Also Read – Gautam Rode to romance Zareen Khan in Aksar 2?

Haathi Mere Saathi is the story of Vandev (Rana Daggubati), an old man living in the forest, who is in love with elephants and shares the pain and suffering of trees. People around him consider Vandev as the messiah because he has decided to leave a comfortable life and serve the forests. The President of India has also saluted the dedication of Vandev, but his efforts are of no value in the eyes of a cynical politician (Anant Mahadevan). He wants to establish a luxury township inside the forests of Vandev, and he doesn’t care about running thousands of trees and or endangering the lives of hundreds of elephants. Director Prabhu Solomon’s Haathi Mere Saathi tries to focus on the lives of people dependent on forests and the politics around them, apart from forest conservation. How people who lay down their lives for their forests are branded as Maoists and how politicians create disgusting politics along with the police to serve their interests.

Watch the Maestro trailer below:

Haathi Mere Saathi is an essential film in the era of depleting forests and global warming. Through impactful dialogues and story, the director shows the mirror to the audience and drives home the point how the future of this world depends on the forests. It brings to light how many people who are working towards erasing forests to build concrete jungles in the name of ‘development’ are actually the biggest reason for this ruin since they do not have the best of interest of humans and animals in mind. Without getting too dramatic, the film shows how some people are hell bent on crossing all limits to create history, oblivious of the basic fact that writing history is not of any use if there are no humans left to read it and applaud you.

Haathi Mere Saathi tries to bundle many things together, due to which it becomes a heavy watch. Many issues like forest conservation, wildlife conservation, natural disaster, impact of deforestation on humans, Naxalite-Maoist and politics on forests are tried to be served in one story, due to which the story of Haathi Mere Saathi goes haywire. Also there is a lack of emotion that the story can establish around the relationship between humans and animals. Apart from the story that overburdens your senses, the weak performances by various actors disappoint further. Rana Daggubati has worked hard for his character but he has not been able to leave an impact. The characters of the actors like Zoya Hussain, Pulkit Samrat, Shriya Pilgaonkar and Anant Mahadevan haven’t been sketched out properly. There are many characters in the film that not only break the pace of the story but also distract you from the storyline.

Editing can make or break any film. But here, it feels like Haathi Mere Saathi’s associate editor V. Balaji has simply added all the scenes on the editing table, making the film a 2 hours 41 minute long watch. Tighter editing could have shortened the film by at least an hour.

A.R. Ashok Kumar, the cameraperson of the film, had every opportunity to capture the beautiful forest in the camera but he has missed it. The VFX work of the film is also very juvenile.

Rana Daggubati’s Haathi Mere Saathi is a very long film based on a good subject. It’s story is spread far and wide like a forest and the characters are half-baked. Looking at Haathi Mere Saathi, it seems that director and writer Prabhu Solomon has put everything that came into his mind while working on this subject into the film. When the film ends, you’d be left wondering why did it take so long for the film to arrive at the main point. And this is nowhere the ‘der aaye durust aaye’ situation. So it is 1 star from our side to the film Haathi Mere Saathi…