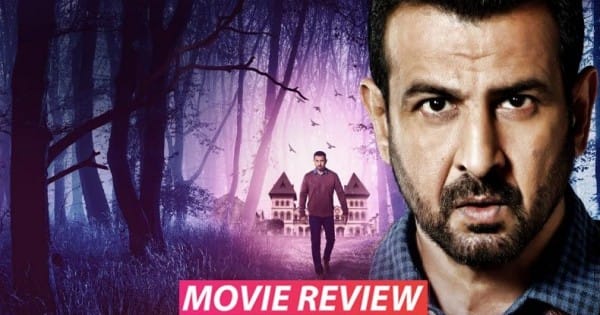 There is no dearth of content on OTT platforms. Especially, crime thrillers are in abundance. We are spoilt for choices and our thirst for content driven shows is just increasing. From Enola Holmes to Badla, from Knives Out to Unbreakable, there are several edge-of-the-seat dramas that leave you wanting for more. Well, let’s say that it is an art to stand out from the clutter. Richa Chadha and Ronit Roy’s latest web series CANDY tries to be a form of art. But does it succeed? It has all the elements of a perfect murder mystery. Drama, action, emotions, thrill and a bit of fantasy – CANDY has it all. At times, a bit too much of it all! Also Read – Trending OTT News Today: Farhan Akhtar’s MEGA DEAL with Netflix, Richa Chadha’s jaw-dropping prep for Candy, Billie Eilish rekindles drive-in magic and more

The web series releases today, September 8 on Voot Select, but before you switch it on, here’s my review of the show that will help you decide better. Also Read – Lyricist Manoj Muntashir sparks controversy for calling Mughals ‘dacoits’ in new video; Richa Chadha, Neeraj Ghaywan react

READ ALSO |  Fans get exactly what they were waiting for since years; keep those tissues ready

Directed by Ashish R Shukla, CANDY is about the dirty secrets hidden in the dense jungles of a very beautiful place called Rudrakund. It is about the kids of a boarding school and a gruesome murder that leaves the people shocked. A kid named Mehul played by Mihir Ahuja is mysteriously murdered and is found hanging on a tree in the jungle. His friend named Kalki played by Riddhi Kumar goes missing. Professor Jayant Parekh played by Ronit Roy is their mentor and he embarks on a mission to find out the truth behind the murder. Richa Chadha who plays DCP Ratna Sankhawar becomes his companion in this mission. But it is not as simple as it sounds. Jayant Parekh and Ratna Sankhawar, both have layers of emotions and secrets sparked through personal loses to deal with it. Drugs, politics, rape, murder and a gory reality awaits them and the viewers in the end.

The gripping storyline of the show is definitely the HOTTEST element of CANDY. It does keep you wondering till the very end – who exactly is behind the murders? Yes, murders! Is it the drug lord named Vayu played by Nakul Roshan Sahdev, politician Money Ranaut played by Manu Rishi Chadha or an evil force named Maasand? And what comes in the end will feel like a bolt from the blue.

Ronit Roy and Richa Chadha’s impeccable acting is another plus. The stars, as usual, have delivered their best and managed to hold the fort despite lack of strong supporting cast.

READ ALSO |  Jayasurya’s film perfectly outlines the grim realities of the pandemic, but it’s too soon to relive the horrors

CANDY is a world of dark secrets and at every turn there is a mystery that leaves you gasping for breath. It also speaks of human emotions, good vs evil and more. It is also a reminder that in the real world, it is not always that good prevails over evil, and every human has a gray shade.

At one point, CANDY feels like a mix of Stranger Things and Chilling Adventures of Sabrina. The portrayal of evil force Maasand does remind you of the Dark Lord from Chilling Adventures of Sabrina and that’s a turn off. While talking about human emotions in terms of a son’s (Vayu) complicated relationship with his politician father Money Ranaut who is also the owner of Lick Me Candy factory (Yep, Lick Me, *rolling eyes*), Ratna Sankhawar’s horrifying past of domestic abuse and more – there’s a pinch of fantasy that appears to be a little out of place.

The story moves forward at a relatively slow pace and a few moments of boredom with people having a sudden change of heart and embarking on the path of kindness. And what’s with the Rabbit mask, huh? There is a lot of DJ Marshmello inspiration in there! Apart from that CANDY, makes for a decent watch.

CANDY comprises of 8 episodes in total and it does piques your interest with its very first episode. Though the graph falls in the next few episodes, the show does somehow manage to keep you hooked with its twists and turns. The end does not leave you on a cliff-hanger and that certainly works for me as a viewer. BL considers it to be an average watch and can be binge-watched over the weekend. Won’t harm either if given a miss.