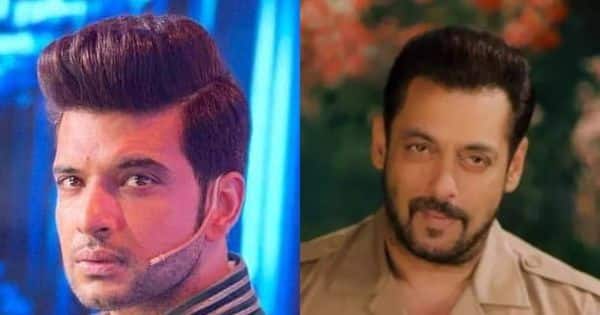 Yes, it is being said that the makers have approached him but there is no official confirmation about the same. A few promos of Bigg Boss 15 have released and it is quite clear that this time the contestants will first have to stay in jungle and then they will move in the main house. In the latest promo of the show, Salman says the life of contestants will be tough without comfortable things amidst the open sky and Vishwasundari tree played by veteran actress Rekha. Salman jokingly asks how the contestants will sleep peacefully around the mosquitoes and various jungle insects. The promo is captioned as, “Iss baar #BB15 ka ‘suffer’ hoga jungle se shuru! How excited are you? ” Also Read – Pavitra Rishta 2.0, Annabelle Sethupathi, Ankahi Kahaniya and more new shows, movies to watch on Zee5, MX Player, Netflix and other OTT platforms this week

While we enjoy Bigg Boss OTT, for now, it seems the Bigg Boss 15 house is being designed. A picture of the living room of Bigg Boss 15 has gone viral on social media and people cannot wait for the show to begin. In the picture, we see a big flamingo and colorful eagle wings on the wall. There are lots of face masks of indicating the contestants’ game in BB. It is the same house as Bigg Boss OTT. We have seen the other part of Bigg Boss OTT house being closed and as per reports, the other part is of Bigg Boss 15. Also Read – Pavitra Rishta 2: Here are 5 things you can expect to see in Manav-Archana aka Shaheer Sheikh-Ankita Lokhande’s show