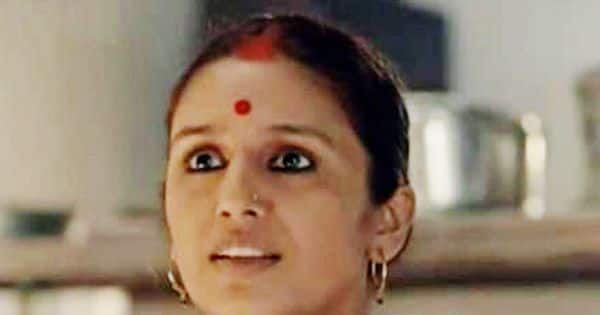 Huma Qureshi is sensational in this intriguing game of political chess

Bollywood has witnessed some gems in the political arena, with masterpieces like Raajneeti, Yuva, Shanghai, Nayak and Sarkar immediately springing to mind. The same can’t be said though for Hindi TV shows and web series, at least not when it comes to hardcore dirty politics and nothing else as the central focus. That’s why Sony LIV’s new web series, Maharani, becomes all the more important to set a precedent on the small screen, and you’d be glad to know that the Huma Qureshi starrer, directed by Subhash Kapoor (Jolly LLB 1 and 2) more than delivers on its promise. Also Read – Vidya Balan, Neena Gupta, Amit Sial, Chunky Panday and Esha Deol come together for the biggest OTT extravaganza till date – deets inside

After the ruling chief minister of Bihar, Bheema Bharti (Sohum Shah), gets critically injured, the political landscape of the state is thrown into turmoil, with several vultures in his own party eager to pounce on his vulnerable state. While the investigation proceeds to ferret out his assassins, the pressing need of the hour is to declare a new CM for the time being, and even in his dilapidated condition, Bheema Bharti throws a political curveball by usurping majority support and then declaring his wife, Rani Bharti (Huma Qureshi), as the interim CM.

Watch the Maharani trailer below:

Showrunner Subhash Kapoor bring his staple energetic style to Maharani, creating an extremely well-researched, meticulously detailed political landscape of Bihar, complete with caste-based politics, shocking scams, unmitigated violence and vicious backstabbing, and Director Karan Sharma does extremely well to back up his vision. Of course, it’s Huma Qureshi who knocks it out of the stadium in her career-best performance, chewing every frame she’s in. Her accent, body language, mannerisms, posture, gait, expressions, emoting are all on point. It helps immensely though that she’s accompanied by such a talented supporting cast in great form, including Sohum Shah, Amit Sial, Kani Kusruti, Inaamulhaq and Vineet Kumar. The cinematography and production design are also well done as is the subtle background score. Be advised though: Some of the scenes are quite brutal and necessarily so.

Huma Qureshi’s transformation as the eponymous Maharani, from an illiterate woman thrust into a powder-keg situation, where she’s a fish out of water, to someone who learns the ropes of the trade and confidently takes her place in a man’s world, is all too sudden, and literally happens in the middle of a monologue (strongly delivered by her) in the third episode (can’t reveal more to avoid spoilers). While Huma aces this transformation it’s a writing and direction impediment that keep nagging at the back of your mind even while you enjoy the rest of the show, The web series is also a bit too long in the tooth at ten episode of around 45 minutes each. The entire show could have easily been done and dusted in eight episodes.

A solitary flaw in the lead actress’ character arc and some editing issues aside, Maharani is a captivating, intriguing and engaging political web series that’s elevated further by Huma Qureshi’s knockout performance. I’m going with 3.5/5 stars.